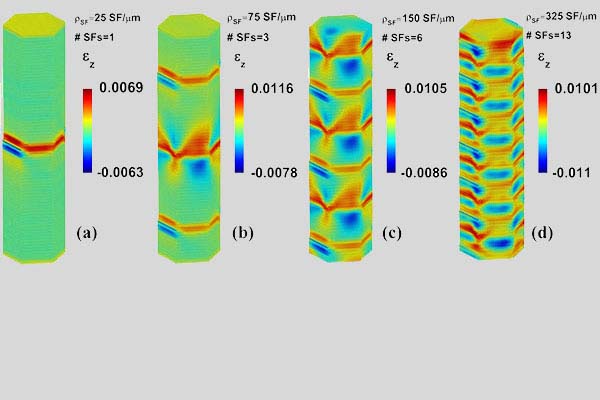 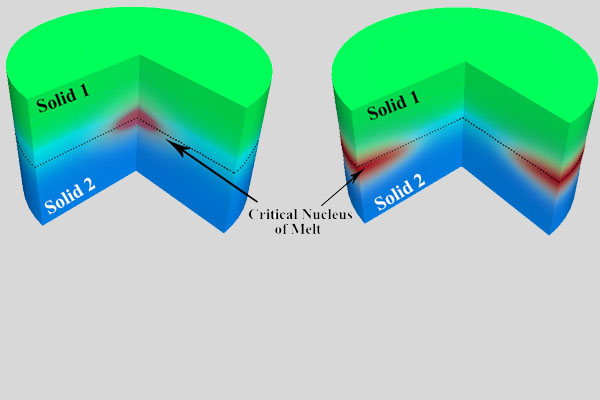 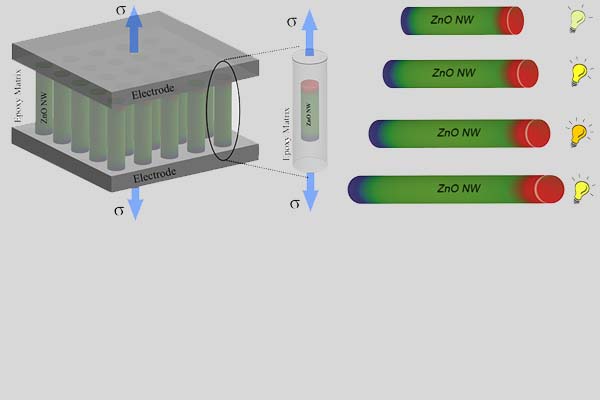 We are interested in understanding atomic and molecular processes, developing mathematical and numerical models, and establishing computational tools for multiscale/physics systems with the aim of hierarchical design of advanced and nanomaterials. To achieve this goal we utilize atomistic simulations, mesoscale modeling techniques, and higher scale continuum models in close collaborations with experimental researchers world-wide to unravel the materials genome and design materials with superior properties. We are focused on the following areas: 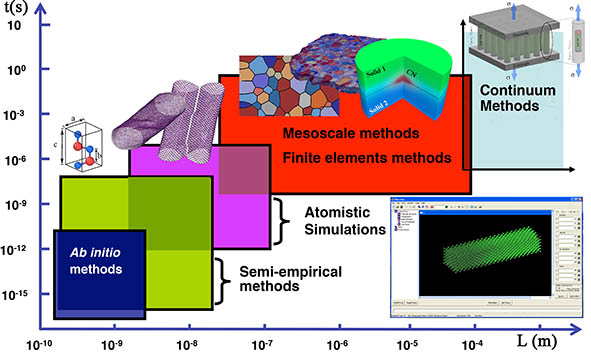 The thorough understanding of each of these research directions involve multiple scales. Although here we have employed multiscale techniques in most cases to investigate the materials response, the results are presented based on each individual scale to simplify their presentation. Details of our research on each of the above areas are elaborated in the section associated to the technique used for the corresponding study, e.g. atomistic research. There are multiple occasions that different terms are utilized for describing the same method which may cause confusion. Here different terms utilized throughout our study are briefly described to avoid any misinterpretations.

What is a Theory?

A theory is a set of logically or mathematically interrelated principles and definitions, which determines the relations between a set of variables, and serves the purpose of explaining a natural phenomenon. (F.N. Kerlinger 1986; D. Jary & J. Jary 1995)

As the number of successfully tested situations for a theory increases and covers wider range of diverse conditions, the developed theory becomes more famous and respected.

In the process of studying any system, theoretically, experimentally, or through simulations, a series of inputs (controls) will be manipulated and the system response will be measured through a set of outputs (observables). The goal of theoretical work is to find a relation between outputs and the inputs. The main purpose in this process is decoupling the interactions and removing the ones with minor impact. Therefore a model is simpler than the system and has smaller number of degrees of freedom. In contrast a simulation is more complex than the real system and has access to larger number of states, and it needs to impose constraints in order to mimic the behavior of real system. (Casti, 1989)

What is Multiscale Modeling?

Multiscale modeling is a field of science that studies physical systems and phenomena with important features spanned along multiple length and time scales, and commonly involve multiple physical phenomena. A number of multiscale methods are introduced to tackle the scaling problem in mechanics and materials science, specially systems with nanometric dimensions; techniques such as quasi-continuum, ab-initio molecular dynamics, and coarse grained molecular dynamics.

What is Multiscale Simulation?

They are a class of simulations that capture the behavior of systems and materials along multiple length and time scales, and can be classified into two main categories: hierarchical and concurrent approaches. In the hierarchical approach the simulations will be performed at different scales, and the information from lower scales will be extracted using a bridging methodology (e.g. statistical mechanics and homogenization techniques) and will be passed to the higher scale. Therefore, the multiscale simulation will be performed through multiple stages, each dealing with only a specific length and time scale. On the other hand, concurrent methods take advantage of specific numerical techniques and computational algorithms to transfer the information between different scales on the fly.

What is an experiment?

Oftentimes in literature the term 'experimental work' is used to signify any laboratory/field related activity. A significant part of this activity is devoted to design of experimental methods for measuring physical parameters and features, which may involve design of new equipment. Part of any experiment is quantifying the data, which involves direct measurements of the physical quantities (e.g. elastic modulus, piezoelectric constant, and yield strength) at different conditions (e.g. corrosive environment, high vacuum, and zero gravity). However, in the classical experimentalist's context, a difference should be made between 'experiment' and 'measurement'. In this context calculating a known material property is classified as a measurement rather than an experiment.

An experiment is an attempt to resolve a broad question through suitable choosing of laboratory/field conditions to investigate/establish a connection among multiple physical potential parameters. Although an experiment commonly involves a series of measurements to setup or explain a new concept, but a sequence of measurements is not necessarily an experiment. An experiments may attempt to test an idea and answer a simple question, or it may be an outcome of analytical development and to testify the seemingly contradictory results. (W.G. Knauss, 2000)

`...all too often, experimental work in applied mechanics is thought of only as a check on existing theory or as a convenient substitute for analysis. This is a valid but rather inferior function of experiment. The greater and essential contribution is to guide the development of theory, by providing the fundamental basis for an understanding of the real world.' Drucker (1967)